Bike Futures 2017: One day in Melbourne

Last week, we attended the one-day Bike Futures conference in Melbourne at the beautiful St Kilda Town Hall. The event brought together government representatives, cycling advocates and local advocacy organisations. With a rich program, in under 8 short hours, the attendees received insights into cycling infrastructure, road safety, educational developments and the new technologies.

In the opening session, the City of Port Phillip presented their Integrated Transport Plan. In accordance with specialist advice, the Council’s vision is to create a “livable city where residents, visitors and workers can live and travel car free by improving the convenience, safety, accessibility and range of sustainable travel choices”. With a focus on reducing gas emissions by 50% before 2020, the City of Port Phillip is a role model. Similar projects are currently underway in Wyndham City Council (Greening the Pipeline) and the City of Whitehorse (Cycling Strategy 2016). 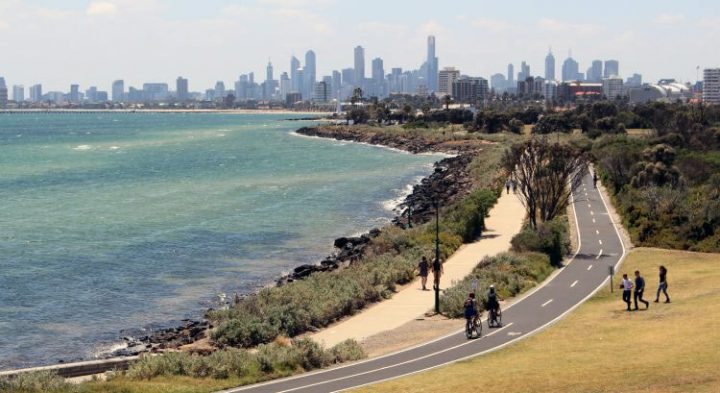 Speakers such as Luke Donnellan – Minister for Roads and Roads Safety or VicRoads discussed measures for reducing cycling accidents. To define their causes, the Transport Accident Commission (TAC) has sponsored a study conducted on a 5.2km portion of the St Kilda Road. Around 3,000 cyclists travel along this road every day, making it one of the busiest cycling routes in Melbourne. The data indicated 122 crashes involving cyclists during 2010-2015, out of which 33 resulted in serious injuries. According to VicRoads, a third of the accidents were caused by drivers “dooring” cyclists as they exited their vehicle. Another significant trigger was ‘side swiping’, where a turning vehicle would veer into cyclists when attempting to turn off/on St Kilda Rd.

Callan Jones from the ARUP group delivered an interesting presentation on protected intersections. Also named “Dutch junctions”, this type of infrastructure separates pedestrians and cyclists from vehicles. Along with the Netherlands, several North American cities have successfully adopted these intersections. Hopefully, it won’t be too long until we see them on Australian roads.

This conference was a great opportunity for our team to officially launch the RidePod® BT monitoring system with remote access. With improved memory capacity and battery life, this tube counter can be used for short-term surveys or semi-permanent applications. The freshly developed Pelican enclosure has been designed to accommodate the additional Remote Access, enabling data services via FieldPod®.