The City of Fremantle is actively involved in encouraging non-motorised transport options. A network of cycle paths form the backbone of this commitment while effective monitoring and assessment of this infrastructure plays an important part in measuring the effectiveness of their multi-modal transport strategy. 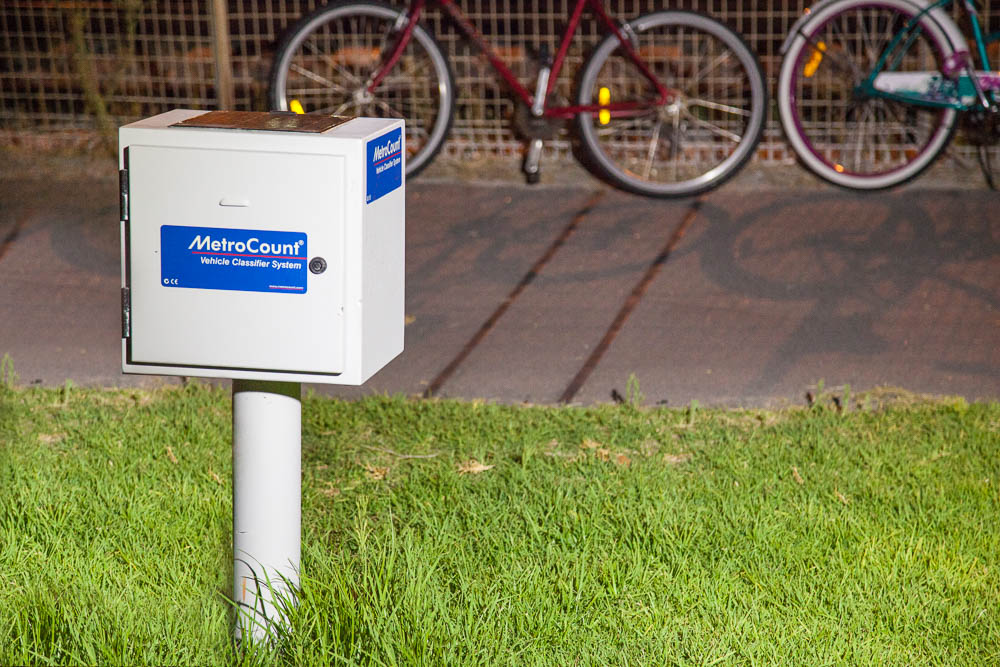 Cycle path traffic is made up of a diverse mix, from social Sunday riders, to the regular weekday commuter. MetroCount permanent bike monitoring sites provide a clear picture of cycle path use 24 hours a day 365 days a year, capturing the entire mix of bike traffic on the path.

The below virtual day statistic is an average for the number of cyclists between each interval over the entire years data. This provides a representation of peak use times and days showing an increase of cycling on Sunday mornings with consistent commuter peaks on weekday afternoons. 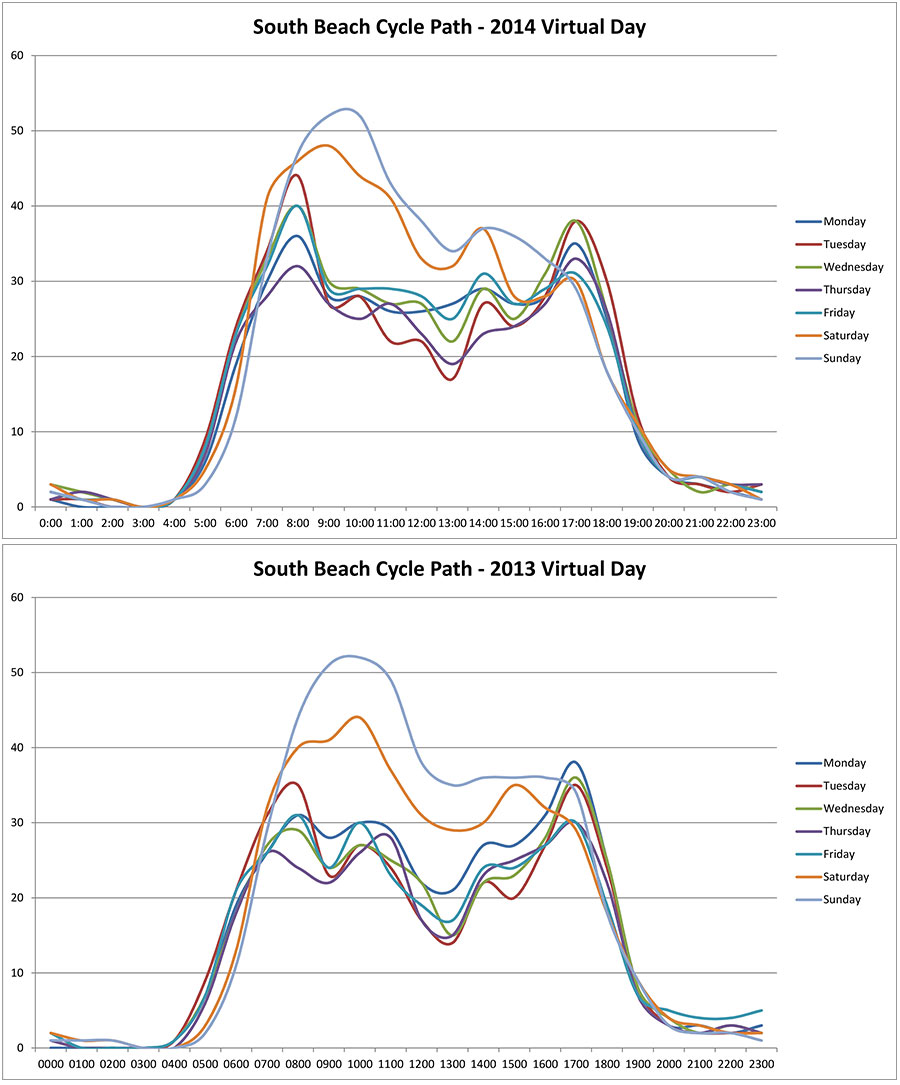 The virtual day chart represents the number of cyclists recorded travelling over the bike sensor each hour for a virtual day(the average of each interval over the course of a year). 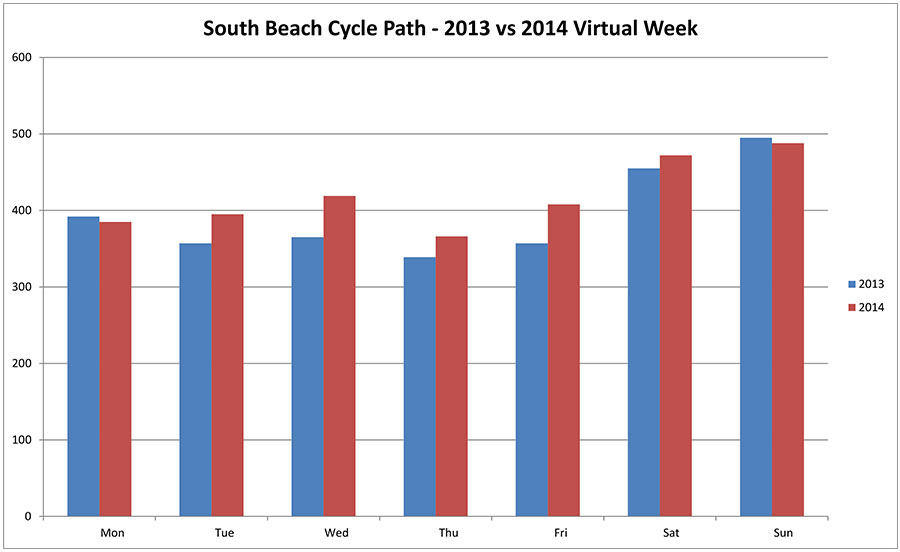 Path usage statistics include speed, direction and volume (number of bikes per hour). These statistics can be compared year to year to gauge growth patterns. Assessing data from before and after infrastructure works, provides valuable information about the impact of upgrades over the longer term.

An increase in numbers

With comparison data highlighting a 4% increase in cycling between the 2013/2014 recorded data, Fremantle City Council can continue to analyse the cyclist numbers to monitor the impact of infrastructure improvements. 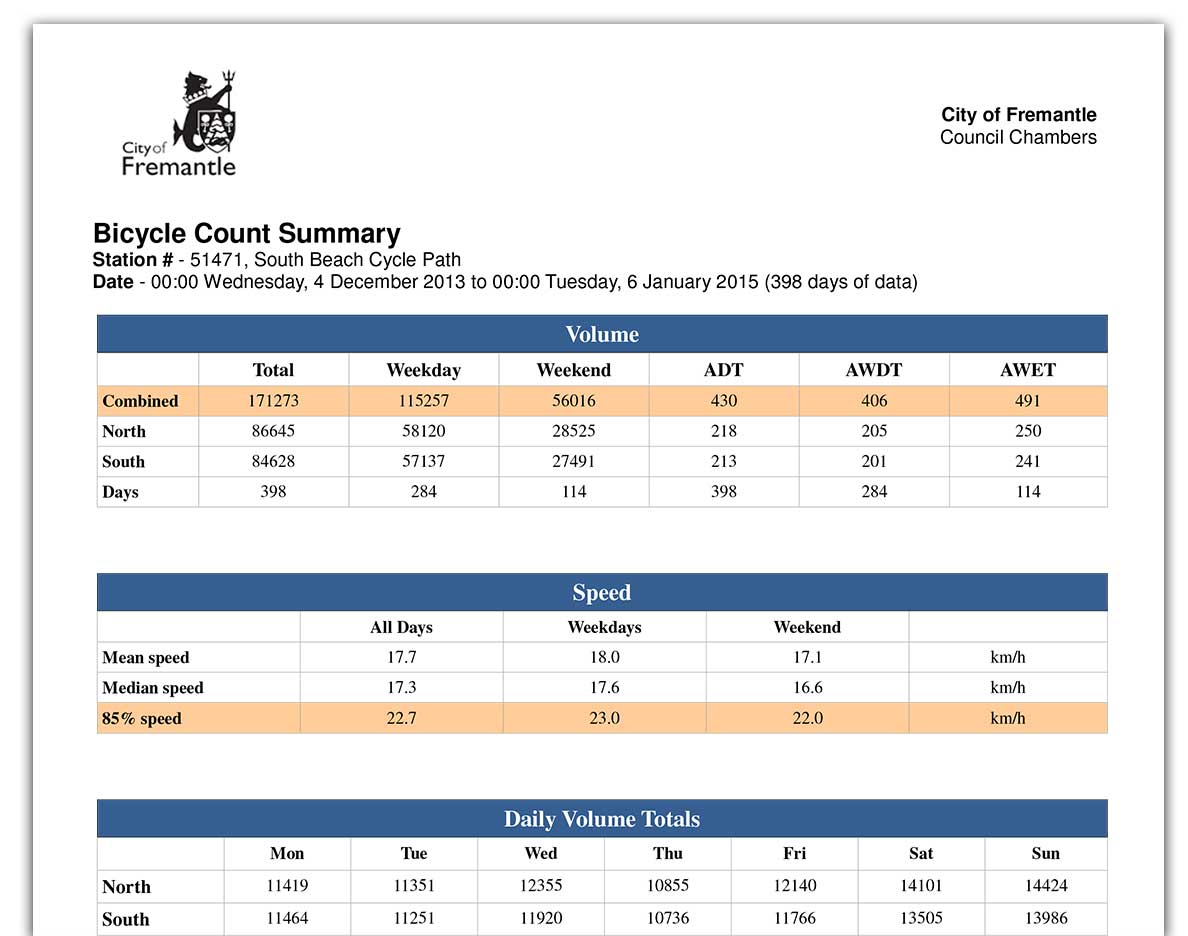