Site lists are a useful way to manage a traffic survey network, from the set up of loggers, data entry for sites and scheduling of surveys. 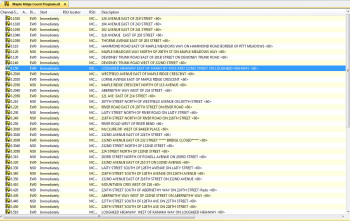 Using site lists, the details of a logger, which would usually be entered at the beginning of each survey at the roadside, can be entered once in the office prior to survey and then recalled for later surveys at the same sites. Site lists can be divided up into a smaller sub-set to schedule surveys or to supply a contractor with a list of sites. Most importantly, site lists ensure consistency of site naming conventions and site locations them selves.

In this video, Maurice Berger of MetroCount describes the process of setting up a site list, applying a site to a logger in the field, and unloading data once a survey is complete.