TranspoQuip 2018: Bike monitoring in the megacity of São Paulo

Recently, we have attended for the first time the TranspoQuip 2018 exhibition. Taking place every year in Brazil, this time around the event brought us to São Paulo. There couldn’t have been a better location to discuss transport infrastructure, network management or traffic safety. One of the most congested places in the world, São Paulo had about 400 helicopters registered in 2013, well ahead of  New York.  A few years later, Voom – the Uber of flying transport – has opened the sky to commuters who can afford to avoid traffic jams of over 500 km in peak traffic. 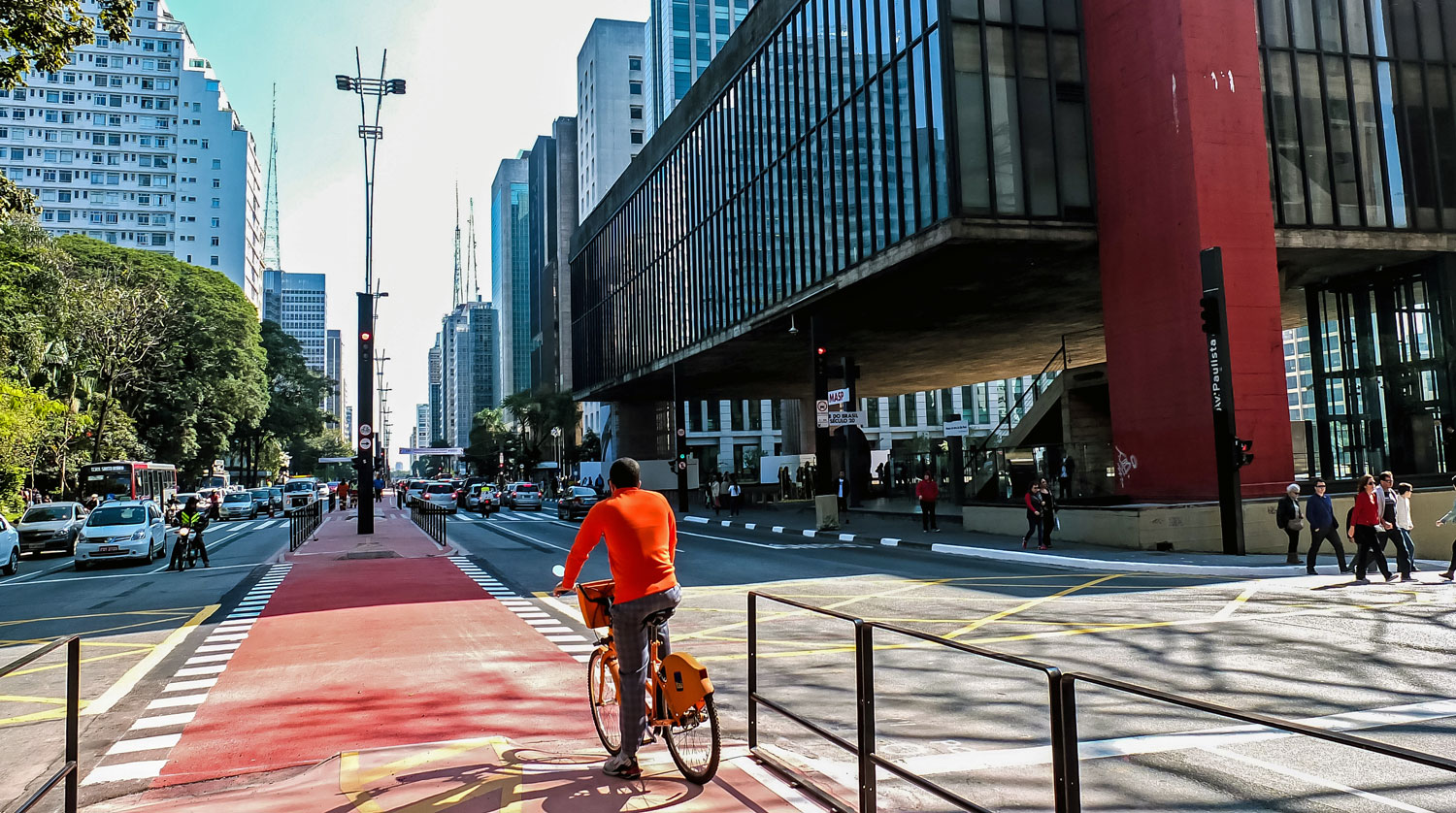 Looking at alternative modes of transportation, São Paulo has developed a functional cycling culture. In this context, monitoring the mode shift becomes a priority. While the city has installed bicycle counters a while back, the accuracy of these devices left engineers frustrated. Here comes the RidePod® BP, a system who has received the Innovation Award at Traffex 2018. Using two piezoelectric strips, this counter simultaneously records cyclists and pedestrians. Predominantly a bicycle monitoring system, the RidePod BP provides accurate volume, speed, direction data, while also correctly indentifying cyclist clusters.

Although MetroCount systems have been used in Brazil for years, this is the first local trade show we have attended. It was a pleasure to catch up with satisfied clients and meet likeminded professionals. At their invitation, following the show, we have installed a RidePod® BT counter on the Av. Brigadeiro Faria Lima bikelane. Data from this tube counter will be compared with that collected by another permanent system. With a proven accuracy of 99%, MetroCount systems are the benchmark in precision traffic data.