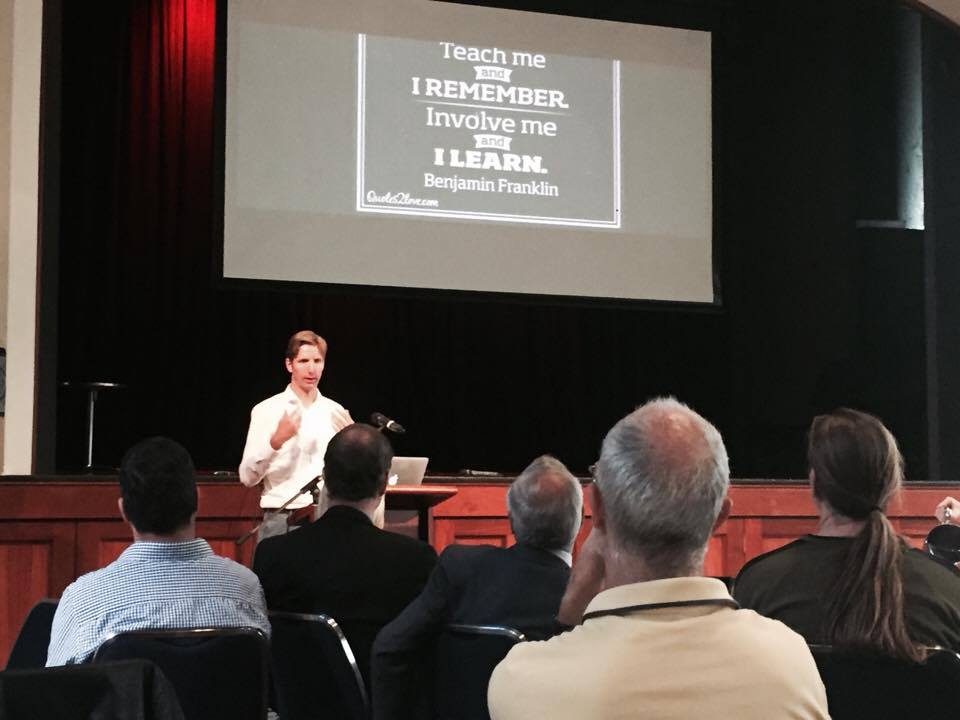 Cycling advocacy in Australia is at a tipping point, with success stories like the Melbourne CBD contrasting with the regressive bike policies in NSW. In Western Australia, Perth is fighting to become a bike friendly city. A visit from Dutch cycling researcher Dr. Marco te Brömmelstroet delivered sound strategies to local urban planners and engineers. The advice of the day was to target livability in cities and, as a consequence, increase cycling participation.

The Urbanet Research Network at Curtin University together with the WA DOT invited Marco to deliver a workshop at Perth’s Town Hall. This session was aimed at breaking cycling misconceptions and emphasise its hidden benefits.

1. Cycling is in the Dutch DNA.

Even the Dutch keep working for it.

We tend to believe that people have always been cycling in the Netherlands, but the history is quite different. A car-centric country in the aftermath of WW2, the Dutch starting using bikes only in the ’70s. Thus, we can live in hope that Western Australia is a generation away from becoming a land of bikes.

It’s also important to note that while the Dutch take cycling for granted, their Government doesn’t. Their investment in research and infrastructure adds up to over €400 million/year.

It helps, but usefulness is more important.

While building iconic bike lanes will entice early adopters, it won’t keep people riding. Scenic routes are fun, but continuity is far more important. Therefore, it’s vital to consider how cyclists access these lanes and if the paths leading to them are safe.

3. Cycling is not worth the investment.

Based on the current cycling adoption statistics in Australia, justifying infrastructure expenditure is difficult. But, how can we expect people to get on their bikes without safe infrastructure? It’s a catch 22.

Building on case studies around the world (e.g. Copenhagen, New York, Taipei), Marco encouraged attendees to fight for better bike paths. While the Netherlands spends over €400 million/year on improving cycling, they save about €2 billion in health care. Which brings us to our next myth…

4. Cycling is just an alternative mode of transportation.

Cycling is an alternative mode of living.

If you watched the video above, you’ve seen that in the ’70s the Dutch didn’t aim to become bike friendly. Cycling just happened to be the best way to transform Amsterdam into a more liveable city.

On that note, cities shouldn’t be designed around traffic, but for people. A liveable city enables its residents to interact with each other and with the city itself. It’s now a proven fact that cycling facilitates both. Removed from the confines of a car, cyclists move at a pace that allows them to feel part of a community while going about their daily business (see 101 benefits of cycling and why cycle?).

A city needs destinations along its bike paths.

The previous myth taught us that cycling brings people closer together, closing the gap between community and cities. However, in an increasingly busy Australian lifestyle, how would you find time to ride everywhere you need to go (work, kids school, yoga class, grocery store, etc.) in one day? The solution is building cities that allow people to do it all. To achieve this, proximity is key.

In the ’70s, the Dutch passed laws discouraging urban planners from building commercial areas outside cities. Instead, they subsidised supermarkets and neighbourhood shops. They were thinking about the ongoing need for fresh groceries and the lack of time to be wasted in traffic. Moreover, these laws encouraged the development of other points of interest on bike routes (schools, parks, train station, etc.).

The video above shows that Australians are perfectly comfortable driving for distances < 1km! More effort should be put into decreasing these trips. Some suggestions are reducing the availability of parking spots, making it expensive and imposing stricter speed limits on local roads.

6. Cycling is not scalable.

7. Cycling is a substitute for driving cars.

Smart Trip Chaining is the scalable substitute to driving cars.

It’s great that the Dutch reclaimed their streets, but their geography favours cycling. Their cities are small and compact, nothing compared to Perth’s urban sprawl. While this fact is undeniable, cyclists shouldn’t be expected to tackle a 40km ride.

When confronted with long distances, the Dutch wouldn’t think twice about riding their bike to the nearest public transport station. They have perfected trip chaining: bike to train/metro → train/metro to the city →bike to the destination. This pattern was triggered by better urban planning. In the Netherlands, people have numerous inner-city and outer-city public transport options within a 7.5 km radius.

So, what can Perth learn from the Dutch?

Overall, Marco was optimistic. In his own words, “Perth has all the ingredients”. What we need is to shift the focus from cars and bikes to people. Thus, redesign the city around its residents and their needs for resilience, inclusiveness and authenticity.

Food for thought with Perth’s Transport @3.5 million program in place. 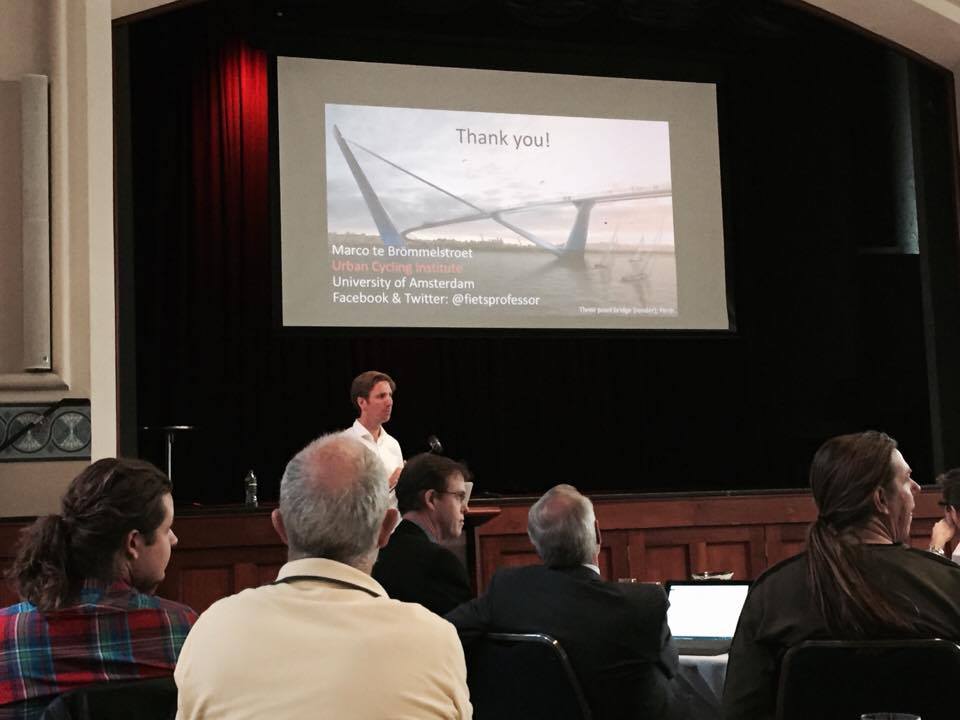